My fellow abandoned seeking friend Lee found this house a while back, very close to two that I had previously photograghed. I finally got out there this summer.

The property is very grown over and getting a good shot with all the foliage was really hard given all the broken trees and branches around the front of the house. The landowner wanted to be out there with me when I took the photos and it had been some time since she had been here herself. The home had never been lived in by her family and was purchased for farm land. She wasn’t able to tell me much about its history and a search of the property and original owners didn’t tell me anything.

While walking around we scared up an owl. She also told me that she would be willing to attend with me to some of her other properties that also have abandoned houses on them. We talked about doing that in the fall after the crops were off but that didn’t happen. We will shoot for Spring.

While we were out and about on the property she did advise me that for the longest time there was a boat near the house which is no longer there.

She assures me that the homes on her other land are far more exciting so I’m looking forward to getting out there to see what she has.

This house has been on my list for some time.  There’s a good chance you’ve seen it before.  I will tell you that as of yesterday, November 23rd, the owner called me to make sure I had been out there as he was burning it down!  Cade and I are heading to Winnipeg this week and it’ll be different not seeing it there.

A month ago when we had our big snow storm, I called about getting onto this property.  I was told by the first person I spoke to that under no circumstances was I allowed onto the property as it was unsafe and wild boars lived behind the house in the bushes.  The idea of meeting up with a wild boar should have been enough to scare me off but I don’t typically like to be told no so I kept calling around.  If I couldn’t get onto the property I was going to fall back onto the good old Sigma 600mm.

A couple weeks later the owner called and said that I could go on to take whatever photos I wanted but that I was not to go into the bushes as he wasn’t sure if the well was covered and he did advise me that he has seen boars around the house but that they typically come out at night.  His biggest concern was the state of the home and the fact that the floor was caving in.  He advised me that because people continue to trespass he had decided to burn it down, soon.

Last weekend I called him to find out that he was planning on burning it down but that the wind was to high so he would give me the weekend to get out there.

Cade and I drove out last Sunday.  I have to admit that I was afraid of every little noise and was on high alert.  I didn’t get close enough to see what was going on inside.  I was just happy that I was given the chance to take photos before it was gone.

The owner of the home purchased the land in 1982.  The house has been vacant since 1971.  He couldn’t tell me much about the home or its history and I couldn’t find anything about its history.

As I write this post, I realize that there may be a way for me to find out more about this home.  I guess I’ll leave it as stay tuned!

Mr., born in Crewkerne, Somerset, England in 1884 came to Canada in 1902 and worked at Pilot Mound.  In 1908 he moved to Glenboro but went back to England when the war started and as enlisted in the Royal Artillery for 5 years.  While there he met and married his wife.  They returned to Canada from Liverpool with their two children on March 27, 1925 upon the S.S. Montclair. 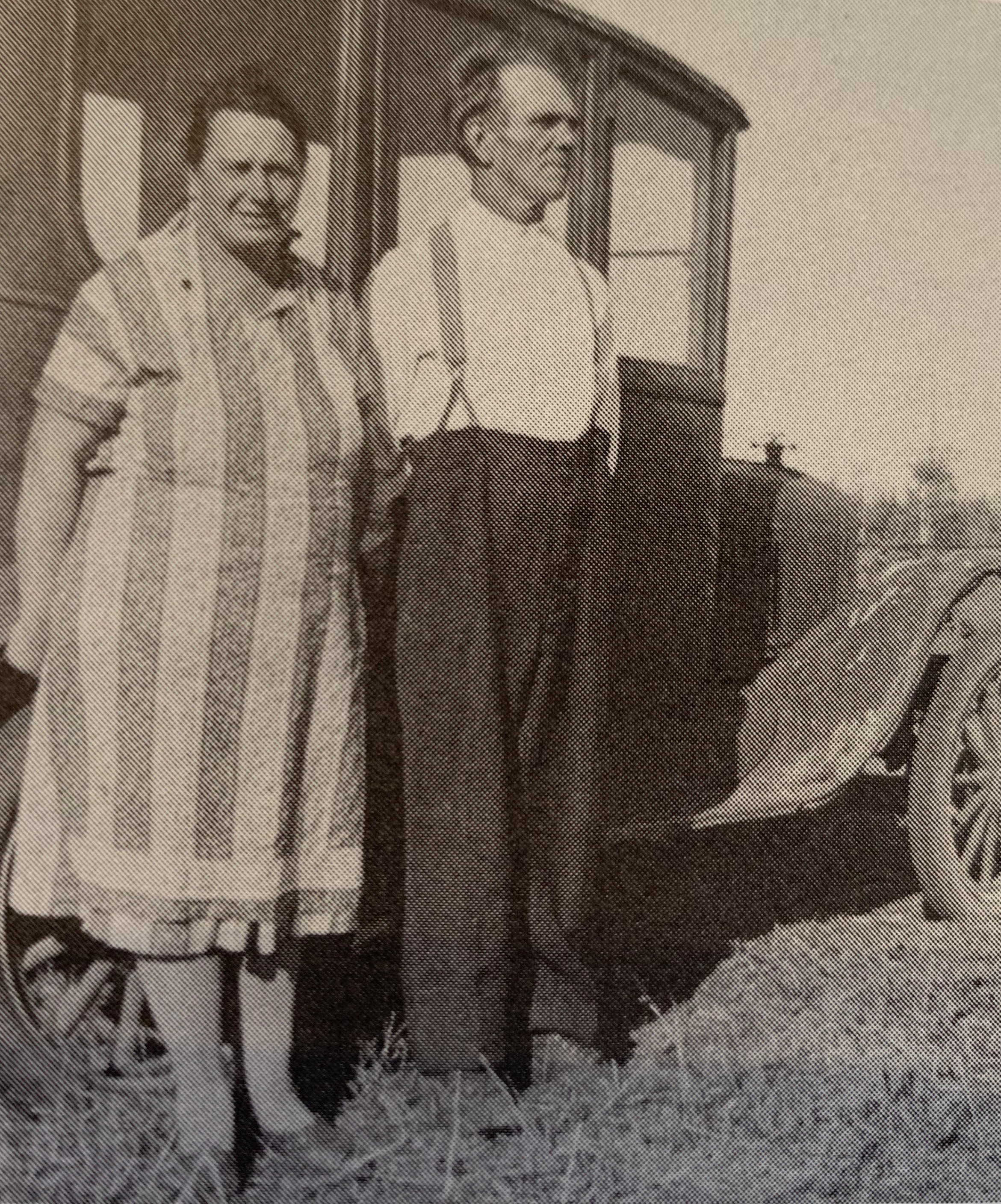 I can’t say for certain that they built this home but research tells me that after the sale of this property, it was mostly used as farm land and not a homstead.

Mr. & Mrs. & their children were active in their community and were members of the local Church of England. 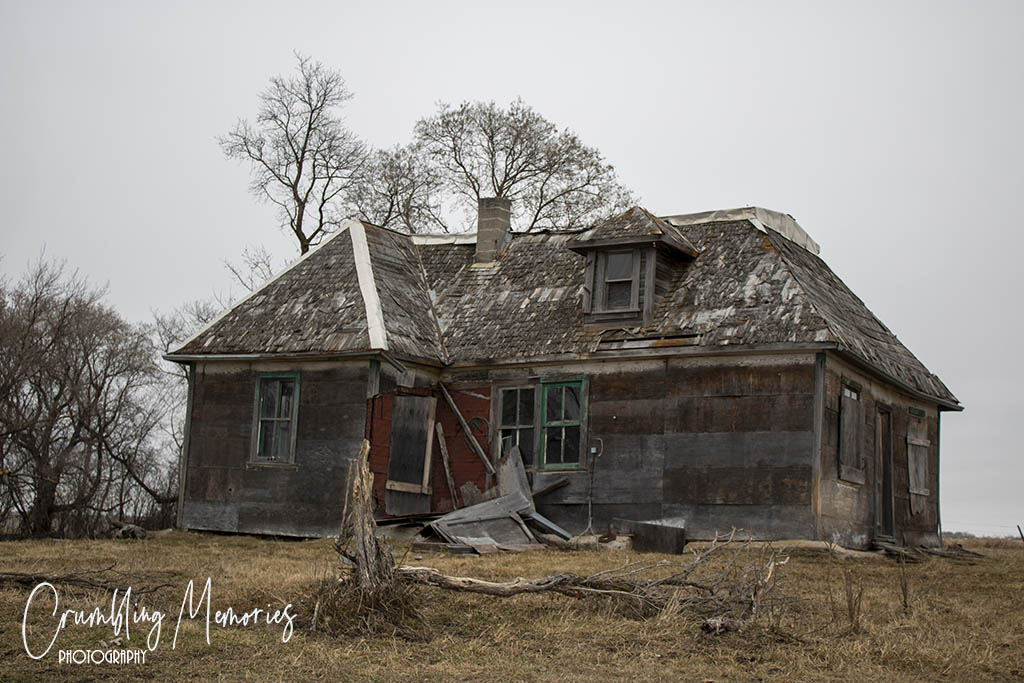 The family fondly remembers Christmas Concert and picnics held by their school.

Their son worked for different local farmers in the area but when his father was no longer able to farm the homstead, he took over the farm in 1947.

The farm is now home to a new owners and his herd of cows.

On the property, there remains a lot of the old equipment, much of it overtaken by trees and barely visable. 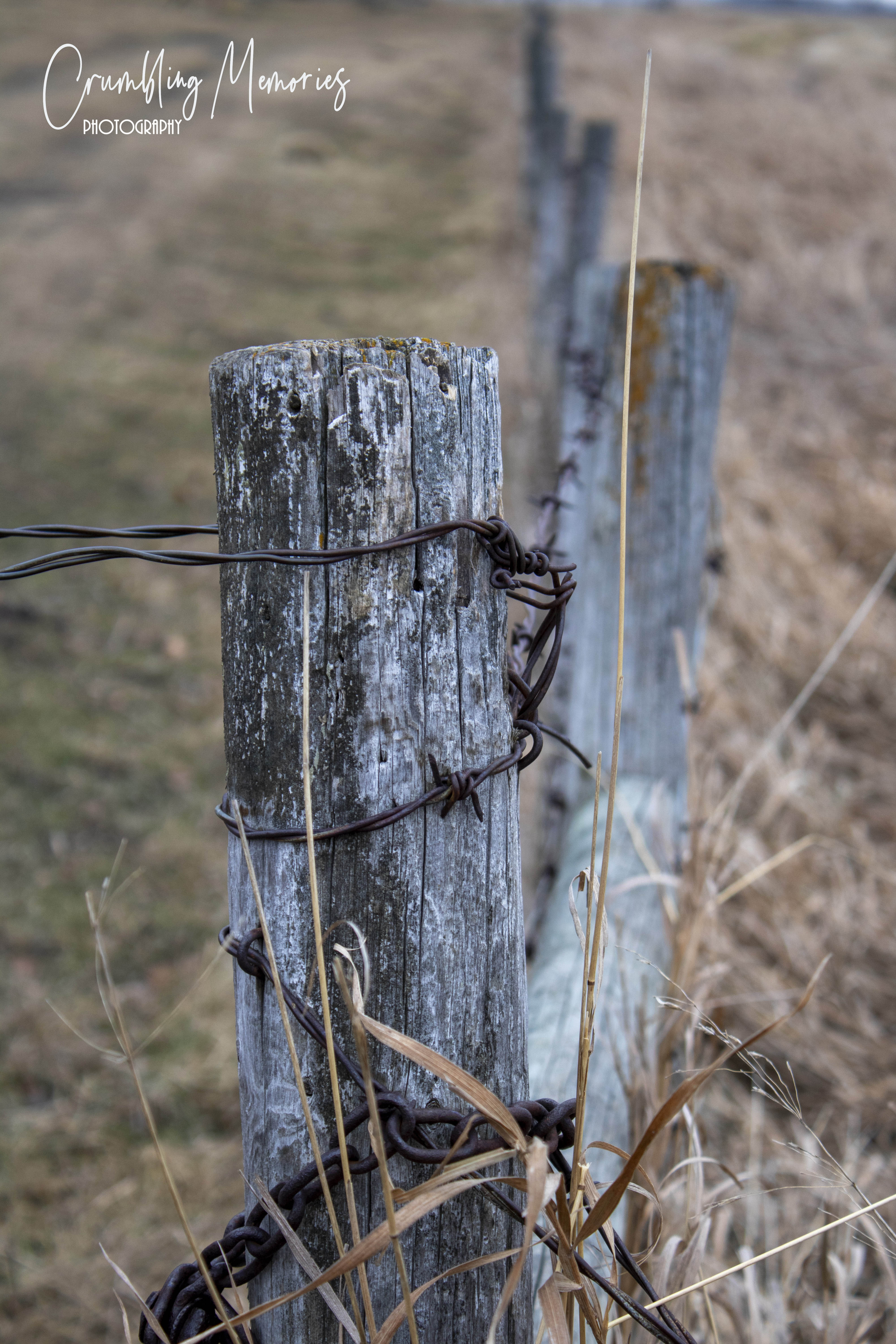