I am told that this home was hauled 40 km to its resting place by a 40 horse team wherein 3 ravines had to be crossed.  While I did not get this confirmed in writing, I will say that the information comes from a reliable source and a fellow abandoned home seeker in the area. 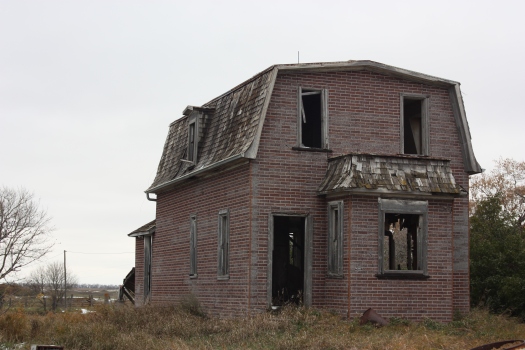 The home has been designated a heritage site by the RM that it is in and is now home to several bee hives.

The family of this homesteader originated from Ireland and settled in Ontario.  The homesteader, Mr. B was born in 1899 on a nearby farm.  He was the eldest of 11 children.  He was the first baby baptist in the nearby church.  At a young age he left school to help his sickly father farm and his sisters fondly remember him taking care of them and ensuring they had skates and knew how to skate, took them to dances and traveled back and forth with them to and from their boarding schools to ensure they came home on the weekends.

In 1918 he tried to enlist in the Army, under-aged.  His mother sent his birth certificate to headquarters before he could be sent overseas.  He trained as a barber for the military.

In 1942 after farming with his father, working in Alberta and farming with his new wife’s brothers he purchased the land that this home stands on.  At the same time he purchased his very first shorthorn heifer and this began a long career of breeding and showing them.  He was described as a good herdsman who loved his animals.  He was a hard working man who did many things to earn money. 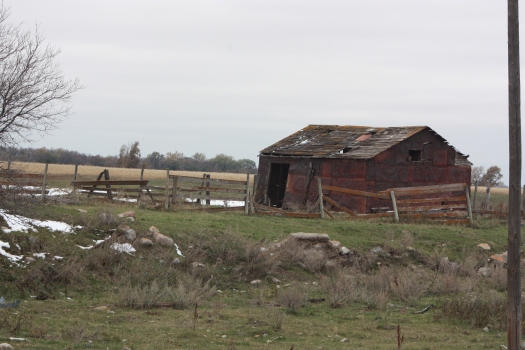 Mr. & Mrs. B also had sheep, chicken’s, turkey’s, ducks and geese. They also had a bountiful garden and many berry bushes which they sold to others.  They were active in their community.

They were well loved in their community and fondly remembered by their children.

I have passed this home many times over the years and appreciate it a whole lot more given the knowledge of its history.

I was also told that the home was vandalized, virtually over night, many years ago, leaving a large hole on the exterior.  What a shame that someone would/could do this to something that 1. doesn’t belong to them and 2. that holds many memories to many. 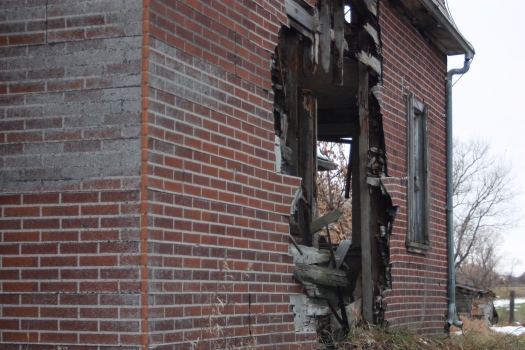