The third owner of this land immigrated to Canada in 1846.  I do not know if it was on this particular quarter section of land for sure but the documentation I found says it was.  The record of the landowner documentation does not indicate when the land was sold or purchased nor does the history of the family.  I do know that Mr. died in 1940 at the age of 63 but his Mrs. spent 10 more years on the farm before moving to Brandon. 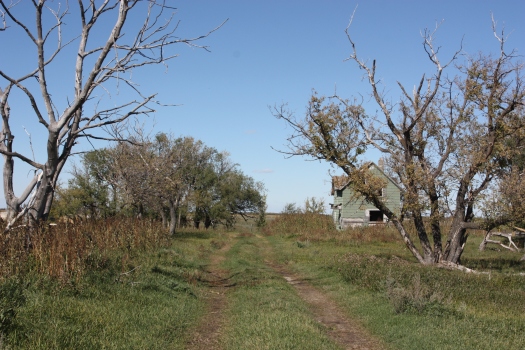 The fourth owner of this land came to Manitoba in 1881 and was a partner with a real estate agency in Brandon.  He traded this piece of land for a piece of property he owned in Wawanesa and this became the beginning of the family farm.

The family was active in their community and established Min-Mar Siding.

Their oldest son enlisted in the World War II and upon his return lived her with his wife and two kids.  He then assumed the position of Secretary-Treasurer with the Turtle Mountain School Division.

The current owner purchased this land in 1978 and is a successful cattle farmer.  He started building his herd at the age of 15.  He married in 1980 and lived at this farm until 1985 when the home was partially damaged due to fire. 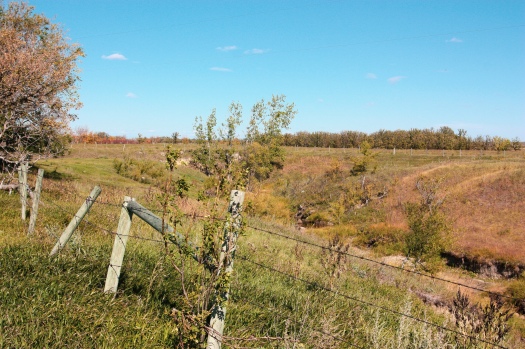 The property was full of valleys.  The summer was dry so I can’t tell you if a lot of water ran through this property but I do know that the land is used for storing hay and I’m sure the cattle roam the property too.