We spent the afternoon touring around searching for suckers, minnows and old houses.

We headed down to Rock Lake. Driving along the road, high up above the lake I thought I saw fish floating in the water. My husband confirmed that that was likely what I was seeing. I was shocked at how many there were. Not as shocked as I was when we pulled in and we could see how many were on the shore. 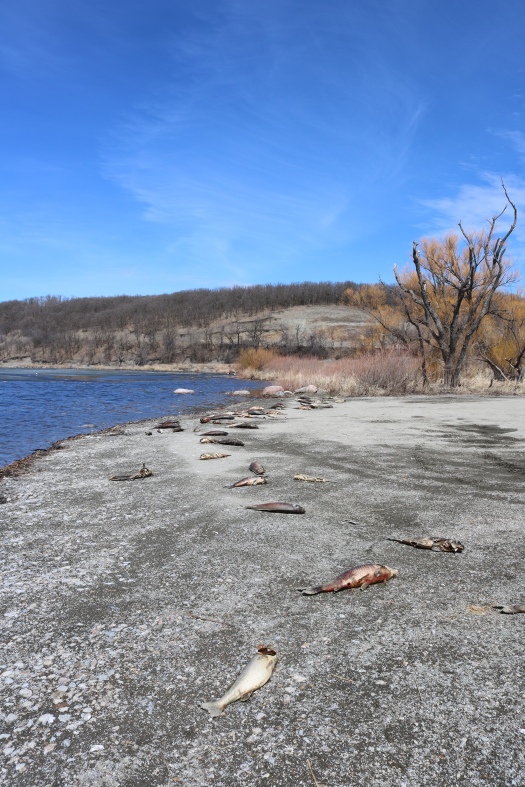 There were all kinds of species. Huge walleye, pike, carp, suckers and even a couple catfish. Some of the fish would have been master anglers and approximately 15 or so years old.

Of course I then googled winter kill. This is a common occurrence when the lake is frozen longer than usual and light is not able to penetrate that surface due to snow. The fish and lake become deprived of oxygen and die, eventually washing up on shore.

In many instances, this is not detrimental to the lake. Most lakes recover from winter just fine as it is estimated that there approximately 1000 per acre of the lake. 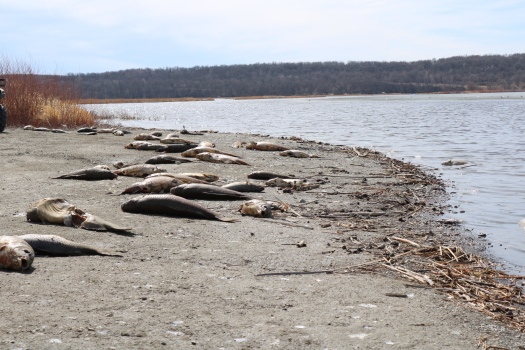 Regardless, it’s still shocking and hopefully the winter kill at this location will not affect it too much.