One morning Reg was given permission to enter this property and because neither one of us had anything planned, we went.

The family originally came from Gloucester County, England in 1901 and farmed on different land in the same RM.

In the winter of 1909 the one time land owner and his love traveled to Belfast, returning to Canada in the Spring, married.  They had 4 children, the oldest which passed away at the age of nine.

In 1919 Mr. bought a Model T car.  When I came home and read this, I was thrilled to find this connection.

We found many treasures out and about on the property.

It appears that this at one time was the homestead at one point and then was later converted to a barn of some sort.  To the left of the house was a concrete foundation with no house which I am assuming was moved to another location.

I found this old cart which I absolutely loved and took many, many photos of.  I can envision same in my flower bed in my back yard.

We also found two wells on this property.  One between the two houses which didn’t appear to be very deep and was set up higher.  In the “Dry Thirties” this family sought out land that had water and eventually rented land in another location because of the good water supply there as they had been hauling it from another location. 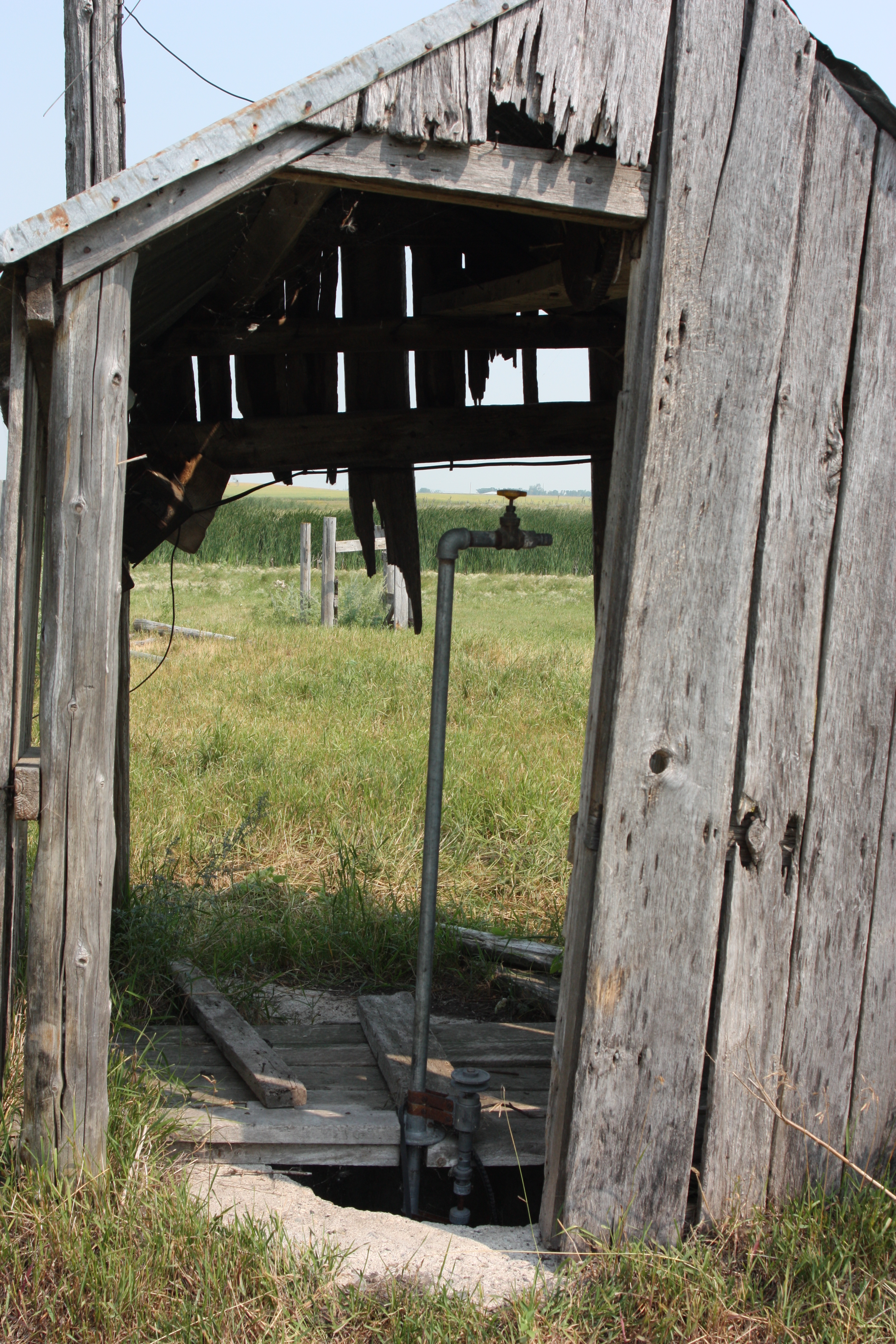 The two brothers farmed together until 1942 when the youngest joined the R.C.A.F returning to farm in 1946.  At that time, through the Veteran’s Land Act, he purchased this property.  His brother had land nearby and they worked together, again.  The boys mother lived with them until 1955 when she passed at the age of 73.

The land owner was a trustee for the RM, was the council representative for the local library and attended meetings for library meeting at the request of the Provincial Librarian.  He was also on the Executive for our local Royal Canadian Legion Branch.