R.W. was born December 4, 1882 in Cumberland, Ontario and moved to Manitoba in 1886 when he was just 4 years old.  His Grandparents immigrated to Canada from Belfast, Ireland.

Upon arriving in Manitoba his father listed his worldly possessions as his wife, children (4 at the time), two horses, two colts, two cows and $7.00 in cash.  They knew their destination and settled in a one room 14 x 16 log shanty with a sod roof.  Within 4 years, 4 more children were born.  His wife was considered a frail woman.  At the age of 36 she developed a cough and died. 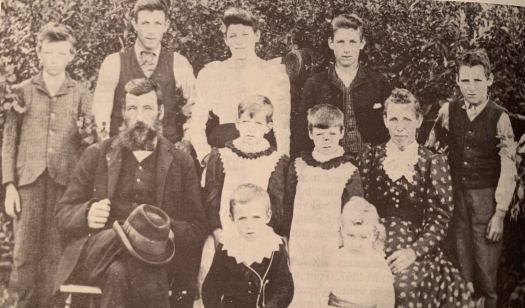 Their son R.W. settled on this piece of land and in 1905 he married a woman from Fairfax.  Their home was said to be very welcoming and the door was always open, so much so that ministers and evangelists made it their headquarters.

They lived first in a log house and then built this beautiful brick Eaton’s Earlsfield home which was later occupied by his Grandson and his family. 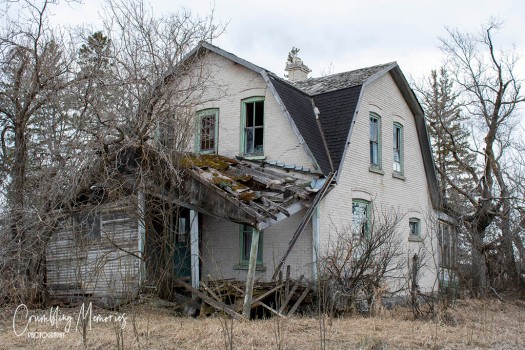 When I first spotted this house from a mile over, pulling up I knew this had to be an Eaton’s home.  This is the 3rd one in my area that I have found.  This was Eaton’s most popular style.

R.W. served on the local board for many years and was the chairman of the yearly local Christmas concerts.

Their son, L.W. married a widow with four children.  Together they had a son of their own who went on to farm on the land.  L.W. married and together he and his wife had three children.

Grandfather, son and grandson were all educated at the same school.